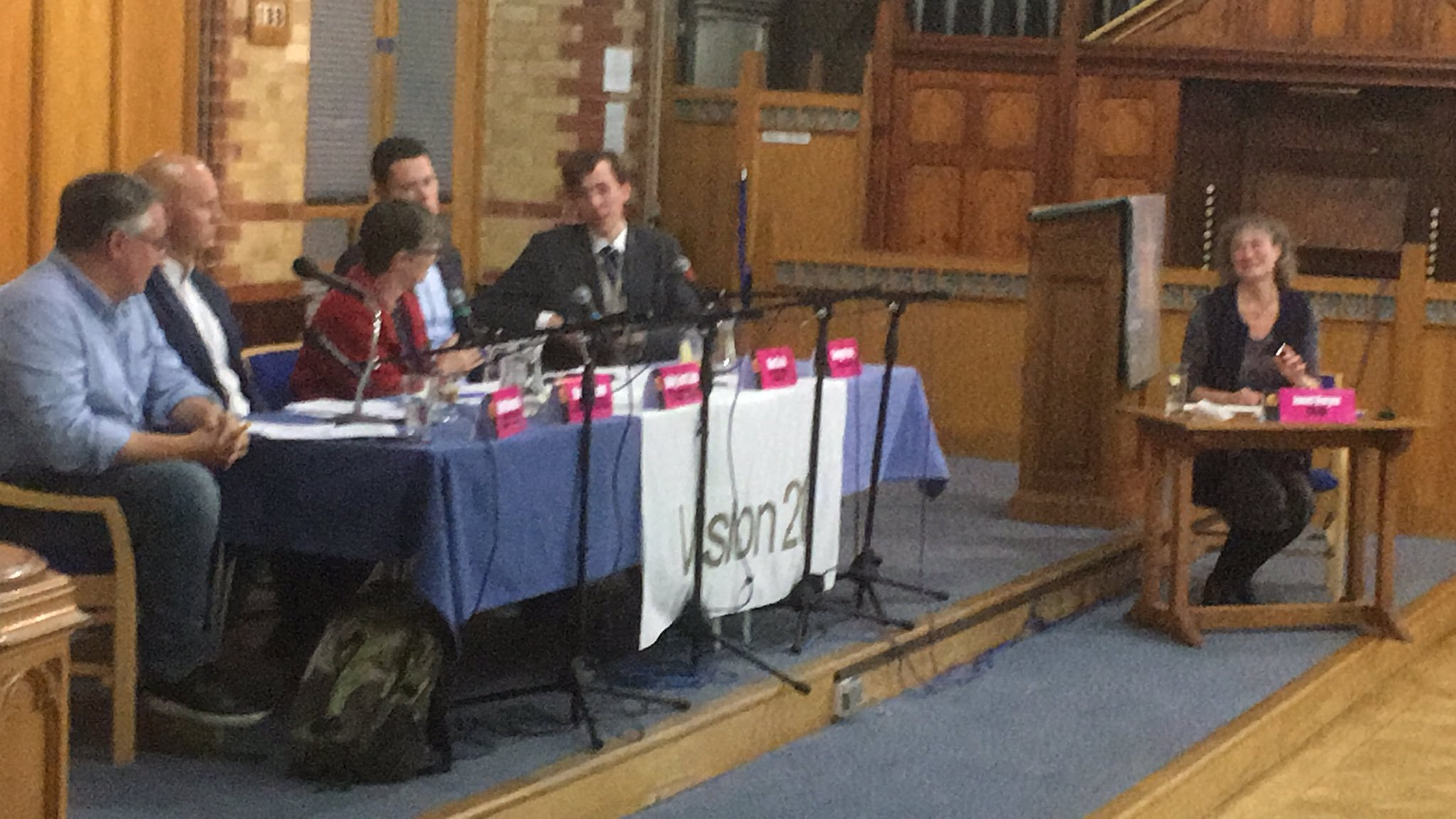 Max and Mr Chalk debated the issue and took questions from students as part of Vision 21’s Climate Emergency Question Time at St Andrew’s Church in Cheltenham on Friday.

During the course of the debate, Max was surprised to hear Mr Chalk's answers about what needs to be done to tackle the climate emergency, given his record in parliament for voting against green policies.

Speaking after the debate, he said: “If I didn’t know better, based on what he said today, I’d think Alex Chalk was a leading figure in the climate change movement.

“In reality, since he was elected, he has voted to cut support for renewable energies, increase tax on green initiatives and even to enable fracking.

“To make things worse, at one point he bemoaned the fact that people on low incomes found it hard to take part in the fight against climate change because they didn’t have enough money.

“Of course, it was Chalk who voted to freeze welfare benefits for the poorest families.

“I am more motivated than ever to become Cheltenham’s next MP so that we have someone in Parliament who represents our town’s best interests – and our planet’s too.”

Max added: “I would like to thank Vision 21 for organising a very engaging event on an incredibly important issue facing us all.

“The questions from students were searching and made for a really stimulating debate. So I’d like to say a big ‘thank you’ to every student who attended on the day.”

Earlier this month, the Lib Dem-run administration on Cheltenham Borough Council passed a report outlining its plan to make the town carbon neutral by 2030.

The report followed the declaration of a climate emergency by the council earlier this year.