Cheltenham - a town of sanctuary

“I had just been put in temporary accommodation and I was so grateful that I had somewhere safe to stay.  I wanted some food, I walked into the shop for bread, but I was so bewildered I had no idea how to order it and couldn’t speak a word of English so I couldn’t talk to the shopkeeper.” 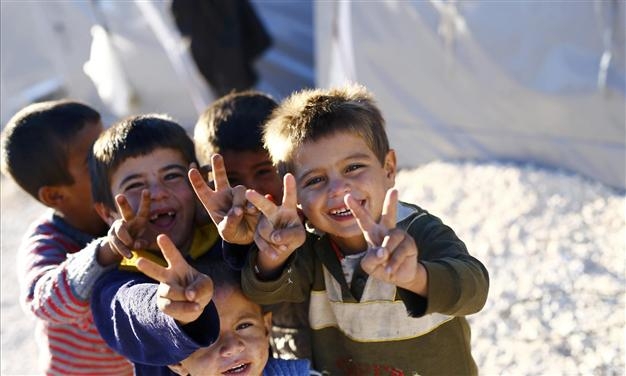 There wasn’t a dry eye in the house when Abdullah told his story at the Cheltenham Welcomes Refugees annual meeting last year.  He’d been forced out of Syria by the civil war between the government and ISIS, and then had to leave a temporary camp in a neighbouring country due to violence.

Over the weekend we heard the news that ISIS has been defeated.  This is of course a huge cause for celebration.  The group posed a huge threat to the liberal democracy that underpins our lives, gives us rights, sets out our responsibilities and protects us against threats.

However, the fallout from its reign of terror in the middle east will continue to be felt for years to come.  Not least because millions of people have been displaced, having had their lives devastated in ways that are hard to comprehend.  It’s a problem that the rest of the world cannot afford to ignore, from national governments down to community groups.

While the response to the crisis from our government was not as quick as many would have liked, it’s good news that Gloucestershire has stepped up to the mark and is helping resettle refugees as part of the UK’s national response.  In Cheltenham, we have pledged to take up to 100 families over the government’s four-year resettlement period.  It is a tough challenge given the huge demand for housing in our town, but we must play our part.

However, finding a safe place for refugees to live isn’t the end of the story.  We then need to help them integrate – a challenge that our country often hasn’t worked hard enough to meet in recent years.  That’s why groups like Gloucestershire Association of Refugees and Asylum Seekers and Cheltenham Welcomes Refugees (CWR) are so important.

To help their important work, councillors are formally recognising our borough as a Town of Sanctuary.  We’ll build on the work being done and encourage local organisations – both public and private sector – to contribute to helping refugees and asylum seekers settle and integrate.  It could be leisure activities, education and training opportunities, basic language lessons or anything else besides.

Thankfully, Abdullah’s story has a happy ending.  Helped by GARAS and CWR, he’s made a life for himself and his family in Cheltenham.  He has a steady job in the hospitality sector, contributing to the success of our local economy and paying taxes.  His is a good news story.  It’s only right that we help create many more.