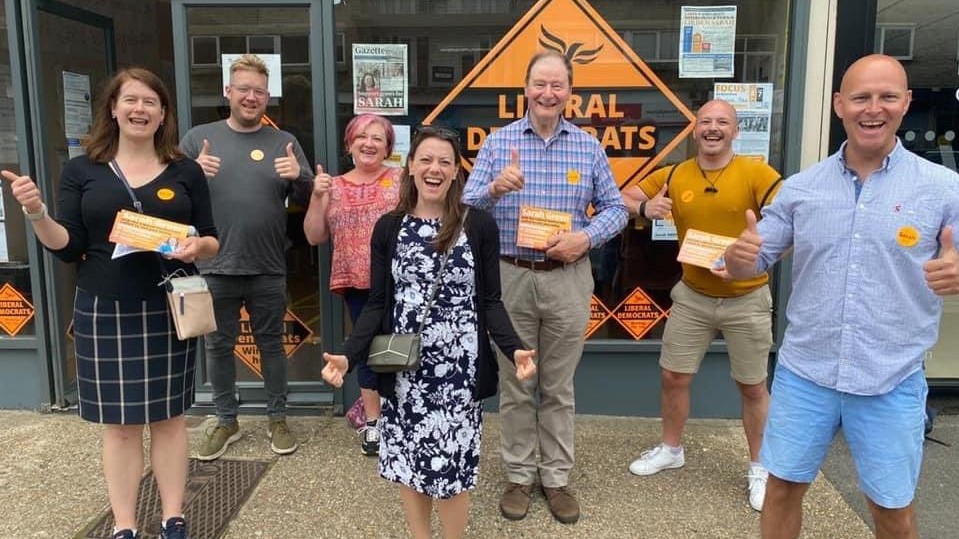 Last night we secured an historic by-election victory in Chesham and Amersham.

Our candidate Sarah Green turned a Conservative majority of more than 16,000 into a Liberal Democrat victory by a margin of more than 8,000 votes.

A brick in the Conservative Blue Wall has been removed.

I was proud to see and hear about so many Cheltenham people campaigning to help us win. These hard-working Lib Dems are the backbone of our efforts to help as many people as we can.

The Chesham and Amersham victory was in part thanks to Labour and Green voters lending their support to the Liberal Democrats - just like in the last general election in Cheltenham.

People will ask what that means for us locally. The result certainly provides hope, but it should also prompt us to redouble our efforts here. Cheltenham is a top target seat at the next General Election and we simply must do all we can to win.

It's set to be on a knife edge again between the Lib Dems and the Conservatives, and every single vote will matter.

For now though, let’s take a moment to celebrate.