Cheltenham’s Lib Dem council leader has written to Gloucestershire hospital bosses urging them to rule out the closure of Cheltenham General Hospital’s A&E. 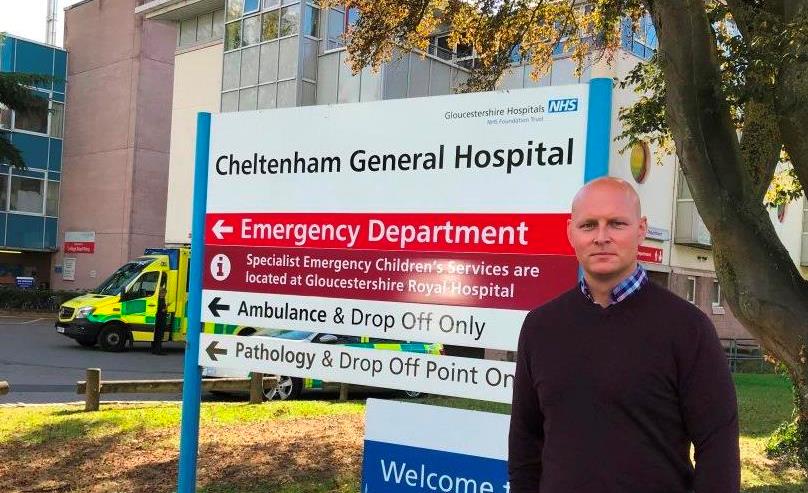 The plans are outlined in an NHS public consultation document, titled ‘Fit for the Future’, on the future of Gloucestershire hospitals.

In a letter to Mary Hutton, accountable officer for NHS Gloucestershire’s Clinical Commissioning Group, Cllr Jordan wrote: “Following discussions at the Cheltenham Overview and Scrutiny Committee and more widely at the Council, it has become clear that councillors, representing as they do, the whole community, are extremely concerned at the proposals outlined in ‘Fit for the Future’.

“In particular, this relates to the downgrading of Cheltenham General A&E Department to an Urgent Care Facility.

“The proposed downgrading and implications that has for a range of services, including Oncology, GI surgery and Vascular Treatment is giving great cause for concern, as are distance, accessibility and bed availability.

“I would urge Gloucestershire NHS Trust to rule out the closure or downgrading of facilities.”

Cllr Jordan noted in his letter that a seminar would be set up for “all councillors to better understand the proposals” before debating them more fully at a full council meeting on December 9.

Gloucestershire Hospitals NHS Foundation Trust announced a public engagement on the future of emergency medical care in Cheltenham in August, sparking concerns of a downgrade of Cheltenham General Hospital.

Lib Dem parliamentary candidate for Cheltenham Max Wilkinson has written to Trust bosses and launched a petition opposing the proposed closure of Cheltenham General’s A&E. He has also attended two meetings to question NHS bosses on the issue.

The plans come after the overnight closure of Cheltenham General’s A&E department in 2013.

Cheltenham’s Conservative MP Alex Chalk pledged upon his election to parliament in 2015 that he would get the hospital’s A&E re-opened on a 24-hour basis.