Lib Dem parliamentary candidate for Cheltenham Max Wilkinson has warned that a government “funding crisis” is forcing local nurseries and pre-schools out of business. 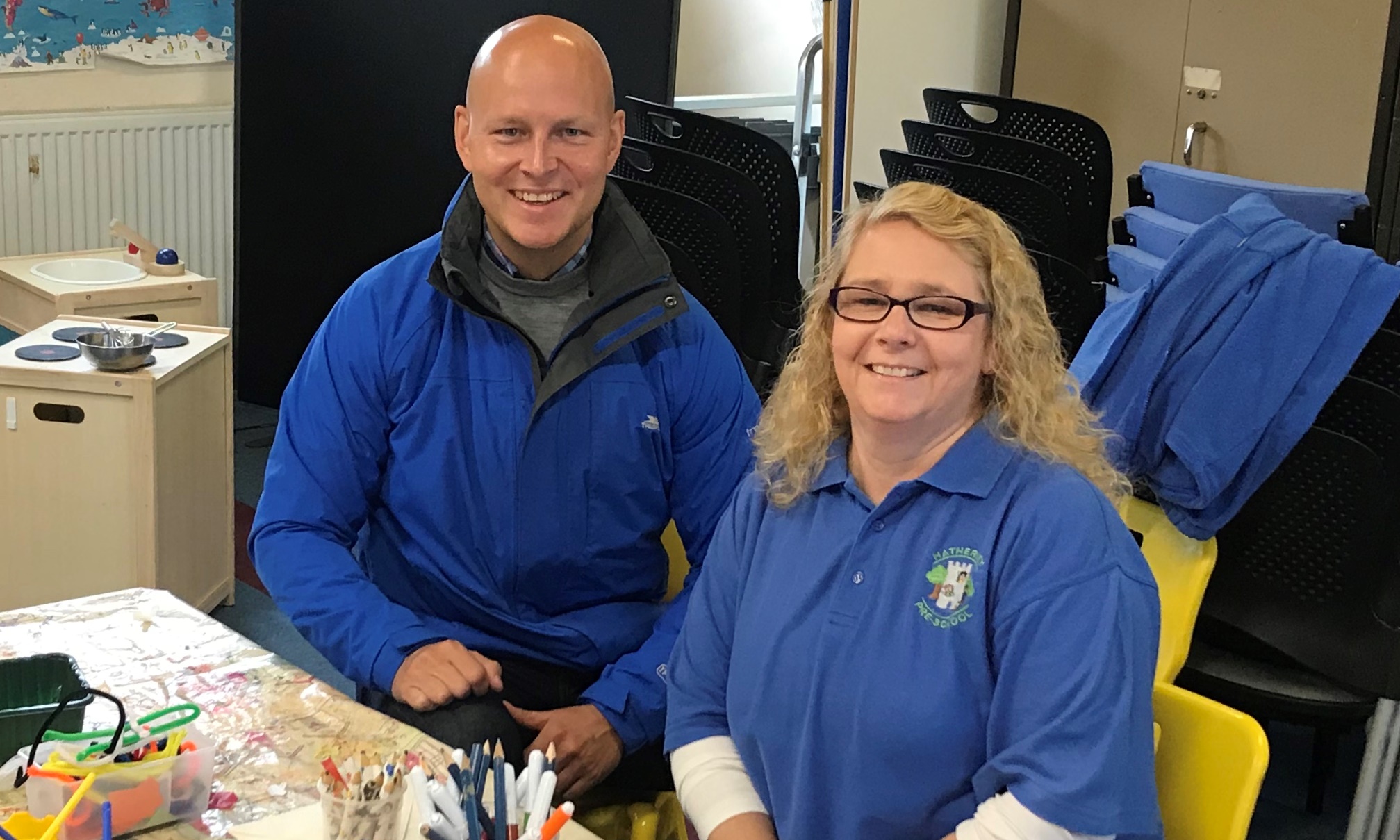 The decision by the Tory government in 2017 to introduce 30 hours of free childcare a week for three and four-year-olds has proven financially unsustainable for providers.

Since the scheme was introduced, government funding for the free places has remained frozen at the same level in Gloucestershire, while staff costs and responsibilities have risen.

During a recent visit to Hatherley Pre-School in Cheltenham, Max was told parents are asked for voluntary contributions of 50p her hour to ensure activities and staffing provide an outstanding service.

Earlier this year, Elfin Nursery Pre-School in Up Hatherley was forced to close after 32 years due to the crippling effects of the policy.

Max said: “We all know the importance of early years to a child’s physical and mental development and future life chances. So it is vital children in Cheltenham get the very best experience from our nurseries and pre-schools.

“The government’s woeful underfunding for 30 hours of free childcare a week has placed a completely unsustainable burden on providers.

“We have already seen how this policy has forced at least one pre-school in Cheltenham to close and it is stretching many others, like Hatherley Pre-School, to breaking point.

“The Liberal Democrats demand better for our children’s futures and are committed to fixing this funding crisis created by the Tory government.

“As Cheltenham’s MP I will fight for proper funding for all our brilliant pre-schools and nurseries.”

The decision in 2017 to offer 30 hours of free childcare a week for three and four-year-olds – up from 15 hours – applies to all parents who work the equivalent of 16 hours a week at national minimum wage.

If either parent earns more than £100,000 a year then they are not entitled to the provision.

Since 2017, the hourly rate per child paid by the government to Gloucestershire County Council for childcare for three to four-year-olds has remained frozen, while the national minimum wage for staff has increased by 71p during that period.

Meanwhile, demands from Ofsted on nurseries and pre-schools to achieve an ‘outstanding’ rating have only increased.

To be rated as outstanding, providers must have the correct ratio of staff to children, have an indoor and outdoor facility and also complete paperwork to show educational outcomes. Providers are subject to regular assessments, two-year progress checks and are expected to track the progress of children.  Staff need increasing time out of sessions to complete this work.

To ensure they meet Ofsted’s requirements, Hatherley Pre-School has cut back the number of children attending one session per week to enable staff to complete the work.

Hatherley Pre-School leader Justine Chapman said: “The government seems to be coming up with lots of schemes and we are expected to perform miracles.

“We see children who can’t play, look at books or even sing. We are having to do a lot more of the basics due to a change in parenting culture.

“We put a lot of work into each child to give all of them the best opportunities. But we don’t get the applications for staff vacancies that we used to.

“What is the incentive to stay in this job as opposed to another one on minimum wage, which might be less exhausting?”