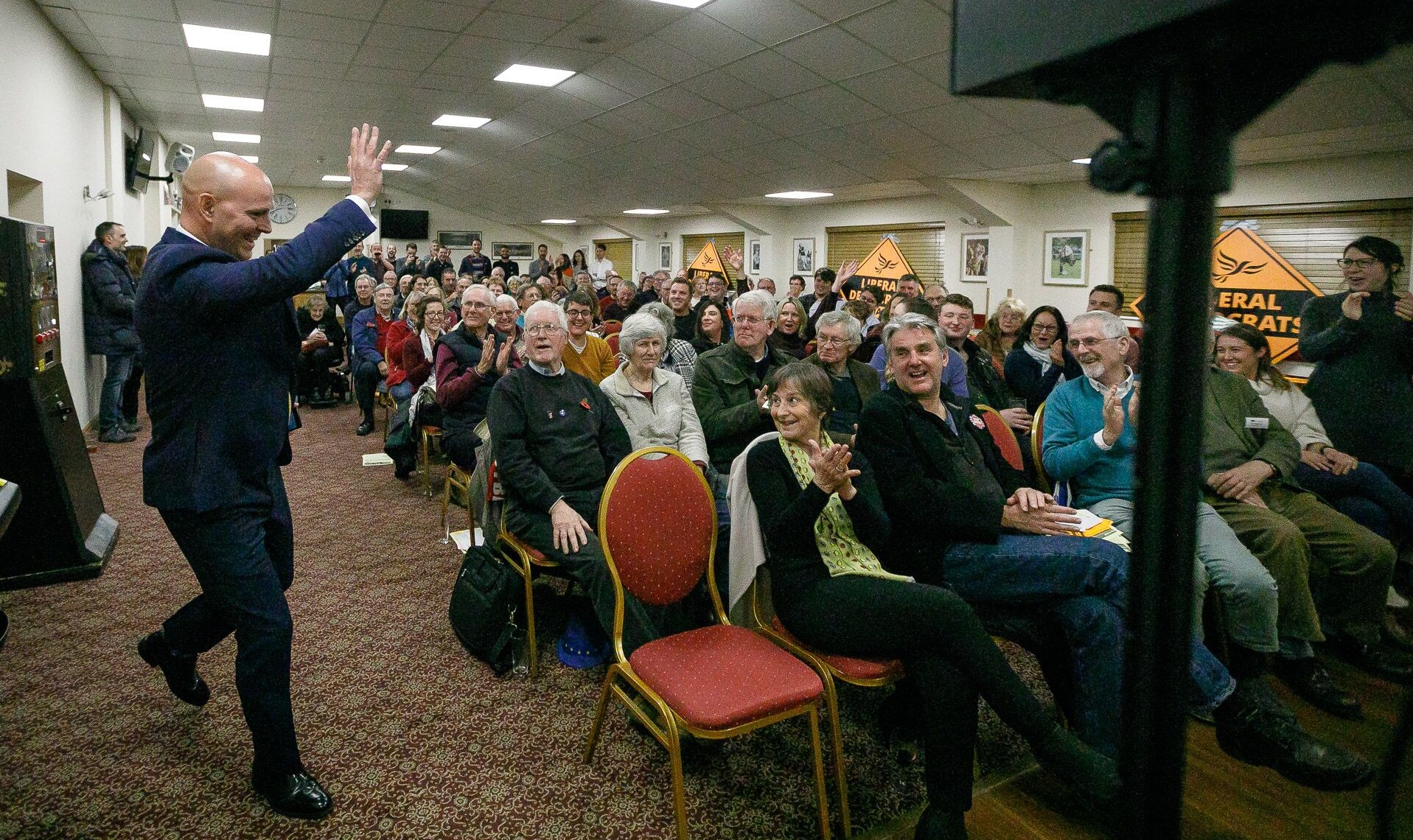 Max welcomed 115 supporters to Cheltenham Town Football Club last night to mark the start of his election campaign to become Cheltenham’s next MP on December 12.

He was joined on the night by Cheltenham’s two previous Liberal Democrat MPs Martin Horwood and Nigel Jones, now Lord Jones of Cheltenham, who both spoke passionately in support of Max.

Outlining his vision for Cheltenham, Max stressed his priorities as the town’s next MP would be to tackle the climate emergency, reverse the Tory cuts to schools, protect and properly fund NHS services, address the housing crisis and stop Brexit.

Speaking after the launch, he said: “The Liberal Democrat movement in Cheltenham is more energised than ever. It was so heartening to see so much passion and enthusiasm from so many liberals in the room last night.

“We will be taking that passion with us as we walk the length and breadth of Cheltenham over the next five weeks to get our message to as many constituents as possible.

“The Liberal Democrats have already started so much good work in Cheltenham. We have pledged to make the town carbon neutral by 2030, signed off a £100million scheme for new affordable homes and campaigned relentlessly to keep Cheltenham General Hospital’s A&E open.

“If I am elected as Cheltenham’s MP, I will continue to fight for these causes in parliament and will be committed to representing Cheltenham’s interests at all times.

“The amount of support from campaigners and volunteers ahead of this election has been incredible. I cannot wait to join them all on the doorstep over the next five weeks.”