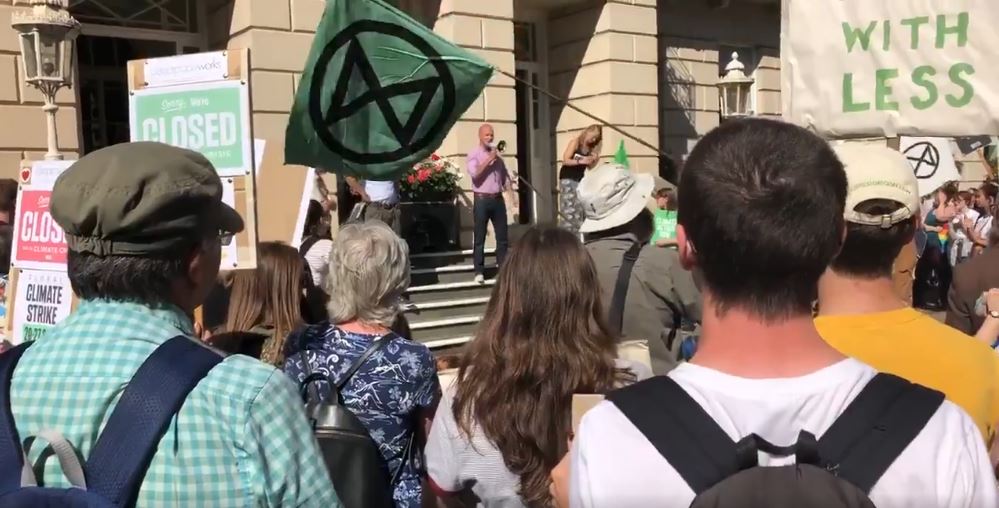 Scores of pupils from across Cheltenham walked out of school on Friday and marched through the town as part of a global “climate strike” day sparked by teenage campaigner Greta Thurnberg.

Max was welcomed by hundreds of pupils from the likes of Balcarras, Pitville School and Cheltenham Ladies College, as well as students from the University of Gloucestershire, as he spoke to protesters outside the Municipal Offices in the Promenade.

Speaking after the protest, Max said: “I was humbled to have been given the opportunity to address the climate strike protest in Cheltenham.

“It was so heartening to see so many young people from Cheltenham’s schools - and the wider community - making their voices heard when it comes to climate change. This is the most critical issue facing our planet today.

“The Liberal Democrats have made action on climate change one of our biggest priorities and in Cheltenham we are determined to deliver a radical vision to address it locally.”

Last month, Max was thrilled to host more than 100 people at a climate emergency assembly in the council chamber at the Municipal Offices.

The meeting, which was chaired by Max, a Lib Dem councillor for Oakley ward, enabled Cheltenham people to share their views on what needs to be done to address the climate emergency.

It came after Max received unanimous backing for a motion to declare a climate emergency at a Cheltenham Borough Council meeting in February.

The council is now preparing a report, set to be published this month, looking at what can be done locally to achieve carbon neutrality by 2030.

Every idea raised and discussed at last month’s meeting will be considered by council officers drawing up the report.