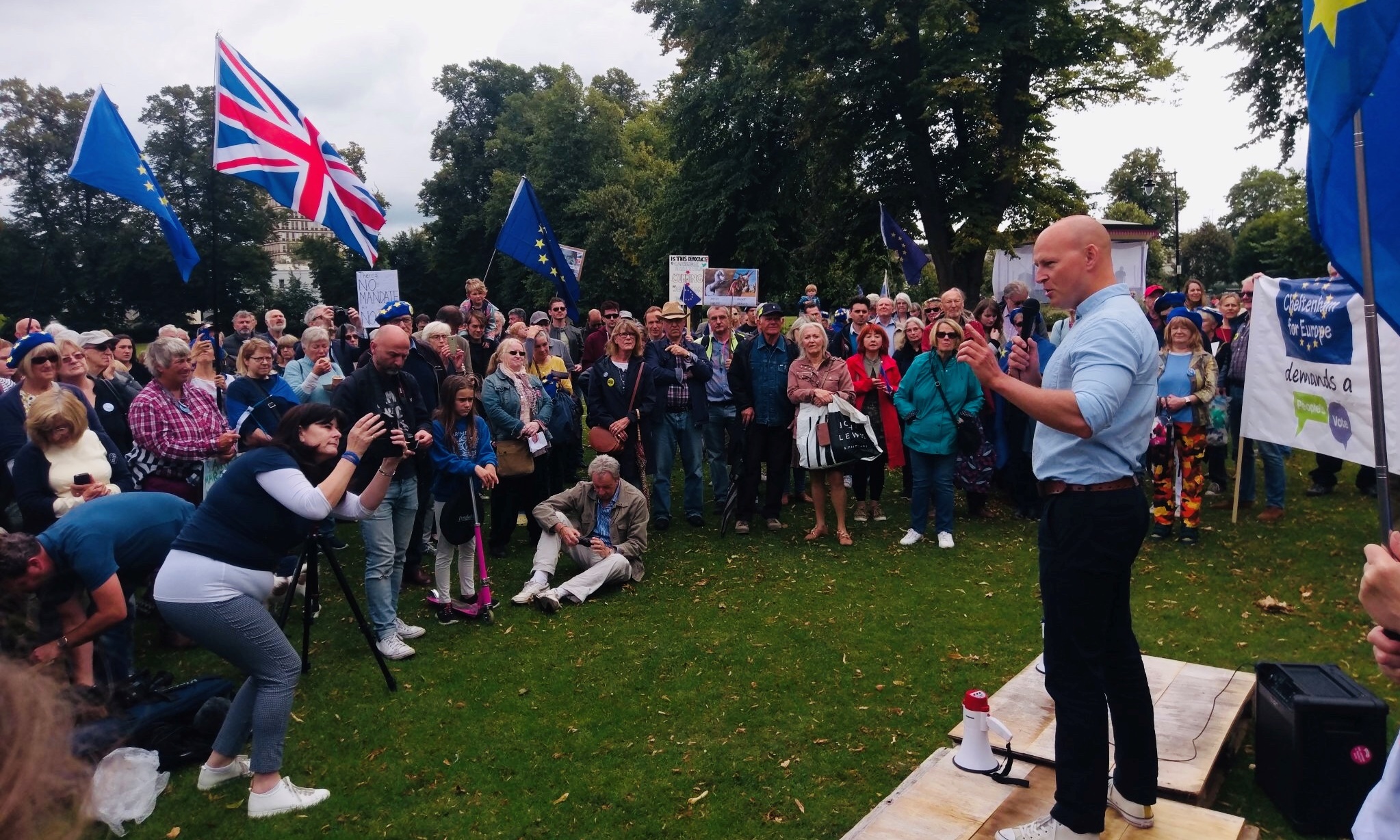 Max was top of the bill of speakers invited to address an anti-Brexit rally organised by campaign group Cheltenham for Europe on Saturday.

He told demonstrators in Montpellier Gardens that Brexit could and should be stopped and insisted that in Cheltenham the best way to do that was to vote Liberal Democrat.

Speaking after the rally, Max said: “As the Liberal Democrat general election candidate, I’ll be campaigning to stop Brexit. So I was delighted to be invited to be the first speaker at the pro-EU rally held by Cheltenham for Europe.

“Seeing so many people gathered to make their voices heard was heartening and I thank everyone who turned out - including pro-EU people from across the political spectrum.

“After so many changes of mind, our MP’s position is now right behind Boris Johnson’s plan to close parliament and force through a no deal Brexit.

“I demand better than this and I know local people do too.”

Max called on parties to work together to stop Brexit.

Cheltenham for Europe’s ‘Defend our Democracy: March and Rally’ began on The Promenade at midday with a march through the town centre before finishing with a rally in Montpellier Gardens at 1pm.

Cheltenham for Europe held a 200-strong demonstration outside the Henrietta Street office of Conservative Cheltenham MP Alex Chalk on August 29 protesting against the government’s decision to prorogue parliament from mid-September.

Mr Chalk said he was against the proroguing of parliament but refused calls to resign from his government role in opposition to the move.

And when parliament reconvened on Tuesday, he voted in support of the government’s option for a no deal Brexit, despite having previously voiced his opposition to a no deal situation.