The Royal British Legion has launched a movement to say ‘Thank You’ to all who served, sacrificed, and changed our world during the First World War. This year is the centenary of the end of the First World War and the charity is calling on mass involvement from the public to recognise the legacy left to us by the entire First World War generation. 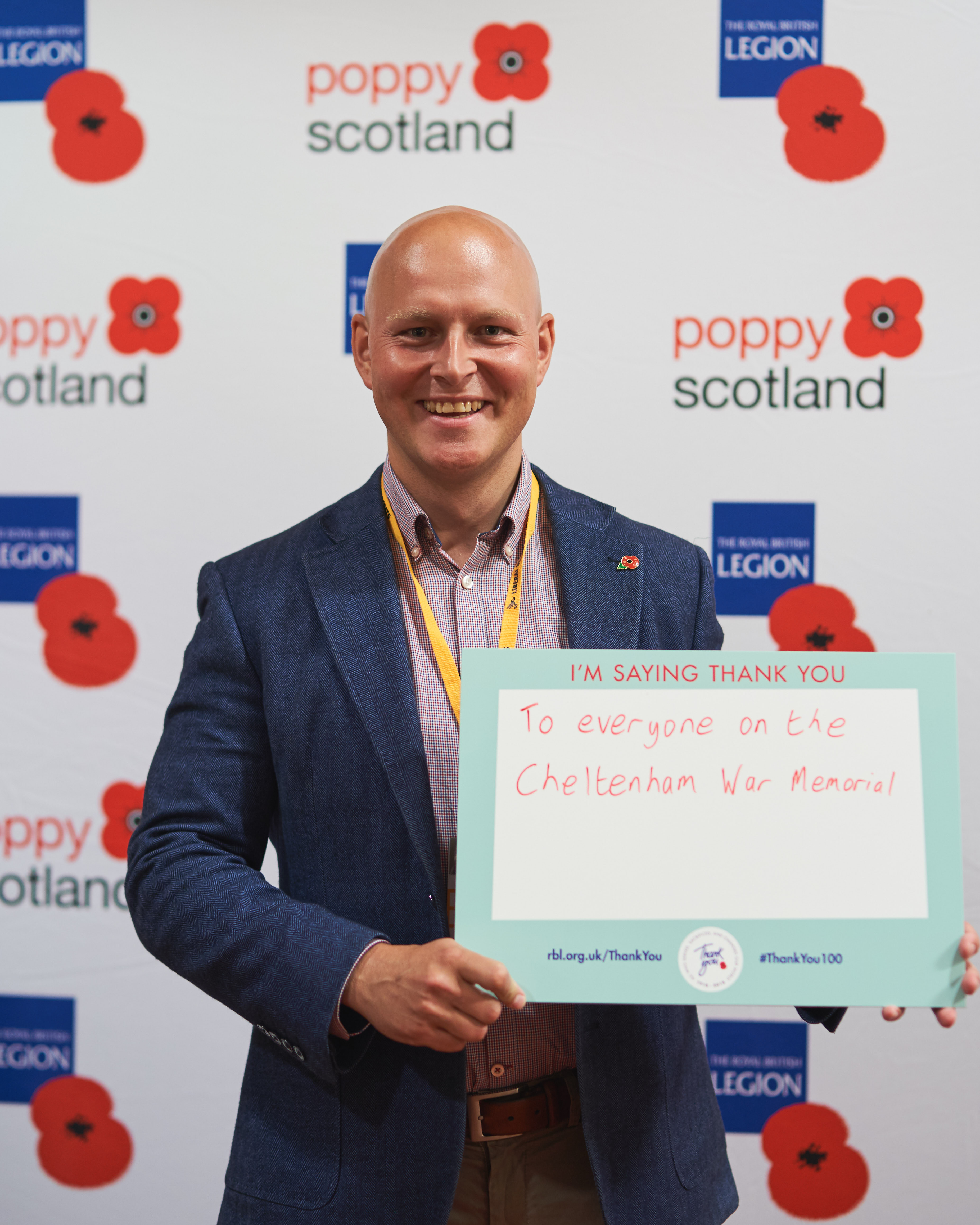 ‘Thank You’ honours not only the 1.1 million British and Commonwealth Armed Forces who lost their lives in the First World War, but also those who played their part on the home front, and those who returned to build a better life for the benefit of generations to come.

Charles Byrne, Director General of The Royal British Legion, said: “We all have a connection to the First World War, for me it is Private Ross Ryan, my grandfather, and we all have a reason to say ‘Thank You’ to this special generation.

“Whether your personal ‘Thank You’ is an event dedicated to those who made a difference in your community, a visit to a place of significance, or a simple tweet, there’s no limit to the ways people can take part. We are making a plea to every single person across the UK to get involved and take a moment in this very significant year to say ‘Thank You’.”

Max said “I was pleased to attend the Royal British Legion’s reception at the Liberal Democrat Party conference earlier this week to hear about their work leading up to the centenary of the end of the First World War. To the farmers who gave up their horses to the war effort; to the women who kept our home fires burning; to the Sassoons and the McCraes whose work has shaped our understanding of conflict; we should indeed say ‘Thank You’. I am saying Thank You to those from Cheltenham who lost their lives fighting for their country in the First World War”

For further information and to find out how you can get involved in the ‘Thank You’ movement, please visit rbl.org.uk/thankyou  and share your story on with #ThankYou100.