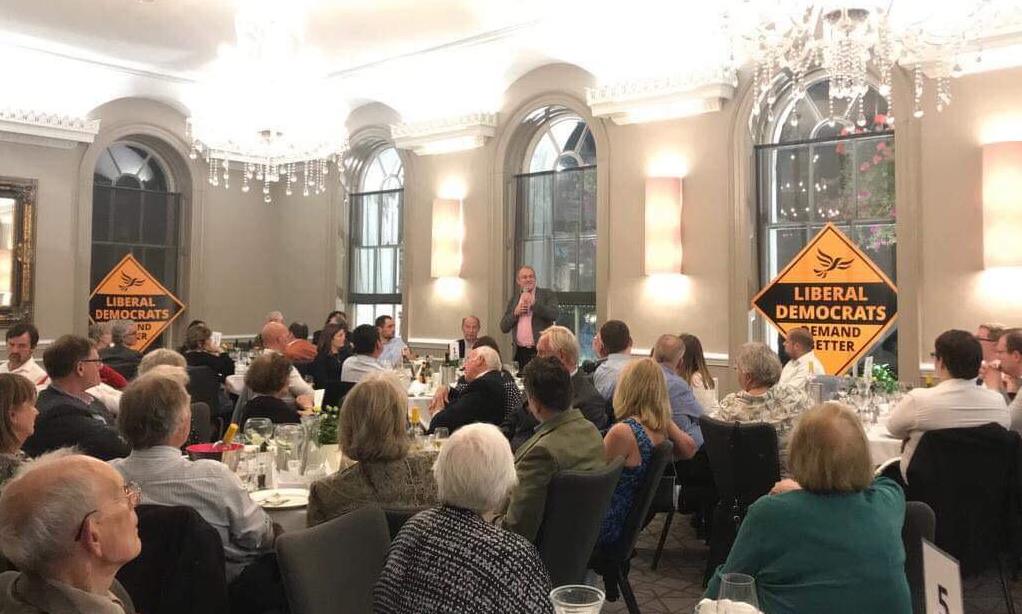 Sir Ed gave his full backing to Cheltenham’s Lib Dem parliamentary candidate Max Wilkinson as he spoke to a full house at the Queens Hotel on the Promenade on Saturday night.

Max was delighted to welcome Sir Ed to the annual fundraiser and delivered a speech of his own on the night.

Speaking after the dinner, he said: “It was wonderful to see so many supporters in the room and we were pleased to hear Sir Ed Davey’s thoughts on the current turbulence in British politics.

“These are worrying times for us all and we demand better than this chaotic government.

“The good news is that there’s a real feeling of momentum behind the liberal cause.

“With so much support from local liberals, whenever the general election comes, we’ll be ready to win back the seat and give Cheltenham the representation in parliament it deserves.” 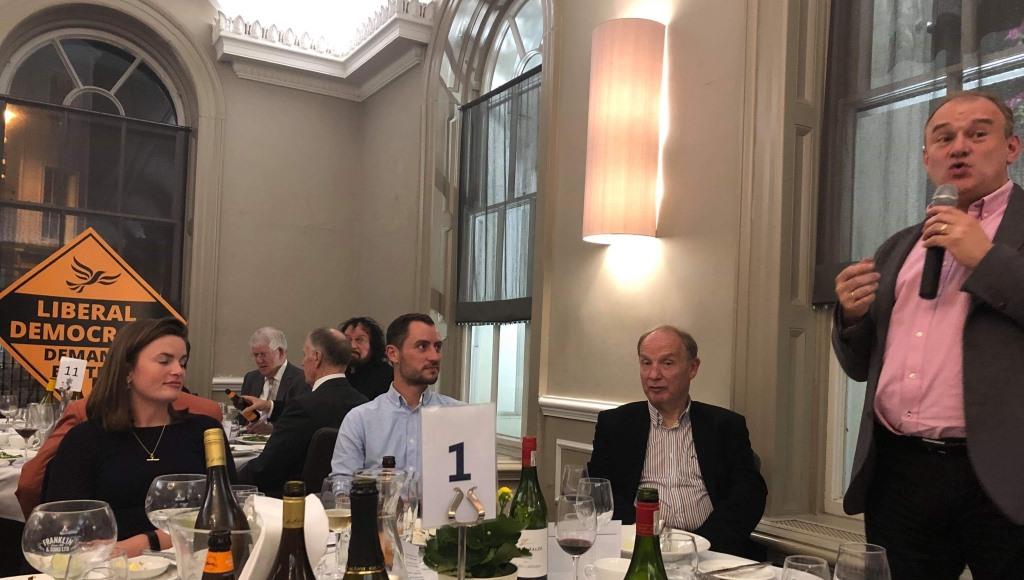