The Liberal Democrats have selected well-known local councillor, Max Wilkinson, as their general election candidate for the ultra-marginal constituency of Cheltenham. 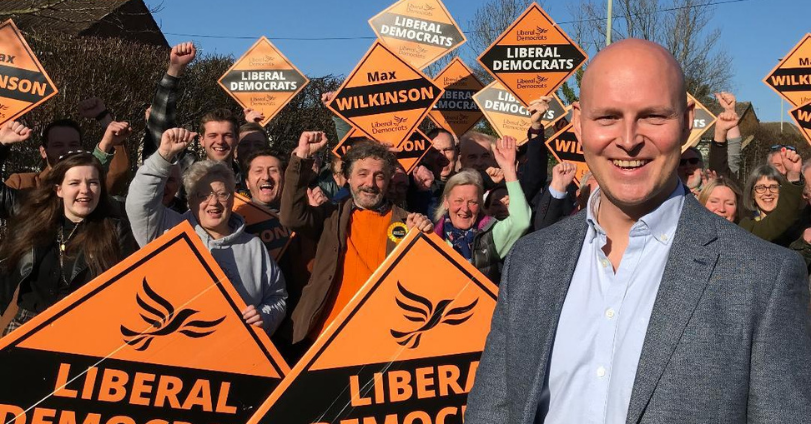 Max Wilkinson stood in the last election for the Liberal Democrats, gaining the highest number of votes for the party in Cheltenham since 1992. Max was elected to Cheltenham Borough Council eight years ago and currently works full time on the Council’s climate change response, having also successfully campaigned to get investment in affordable housing for local young people and families.

He will put environmental issues at the heart of his campaign. This will include campaigning against a Conservative Government which refuses to ban water companies dumping sewage in the River Chelt.

Max lives in the Fairview area of Cheltenham with his fiancée Jude and represents Oakley on the Borough Council.

Leader of the Liberal Democrats, Ed Davey MP, has called on Conservative MP for Cheltenham Alex Chalk to answer questions on whether he has given legal advice to Boris Johnson as part of his Solicitor General Ministerial role.

“It is time for Alex Chalk to come clean. The silence from him over alleged illegal Downing Street lockdown parties has been deafening.

“People in Cheltenham have a right to know if in his role as a senior Government lawyer he has ever helped Boris Johnson to cover up law-breaking activity. It is clear that the local Conservative MP is taking Cheltenham for granted by dodging the issue of Boris Johnson holding lockdown parties in Downing Street.

“I'll be campaigning positively for a change in how Cheltenham is represented parliament. Too many people tell me their voice isn't being heard. Our MP’s notorious ‘red line’ for resignation from the government has now been crossed many times, but he clearly intends to remain loyal to Boris Johnson whatever happens.

“Boris Johnson is a disgraced Prime Minister being propped up by Conservative MPs.

“This failed Conservative government is letting down Cheltenham. Despite warm words from Conservative MPs, water companies have still not been banned from dumping sewage in our rivers and we are facing a cost of living crisis. I’m in daily contact with people concerned about the planet and their household bills - I know we all deserve better than this.”

You can make a donation to help support Max's campaign here

Want to join Max's team? Sign up to volunteer here