Why did our MP change his mind on ‘no deal’ Brexit?

In politics I don’t ever resort to personal attacks and I will stick to the facts. But I reserve the right to point out when I think opponents are getting it wrong. Particularly on the biggest issues facing our country.

Last night, our MP Alex Chalk told people he was going to vote in Parliament to ‘stop a no deal’ Brexit. Here’s a picture of the tweet he sent: 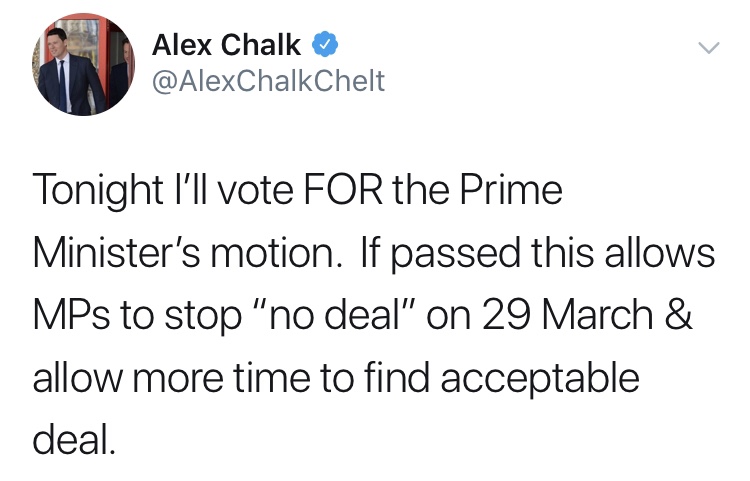 Just a couple of hours later, and after a complex set of votes in parliament, MPs finally voted to rule out a no deal Brexit. Bizarrely our MP voted not to stop a no deal Brexit in the final vote, despite what he had earlier said. This happened after the Tory whips changed their minds at the last minute.

It’s hard to shake the suspicion that our MP did so because he was told to by Tory party whips. That seems to be why he chose to leave a damaging no deal Brexit as an option, with only a fortnight until the scheduled Brexit date. I think local people demand better than this.

Many Cheltenham people are concerned about Brexit, whether they voted leave or remain.