Stagecoach is considering a trial of specialist aides to help visually-impaired passengers who struggle to hail the correct bus. 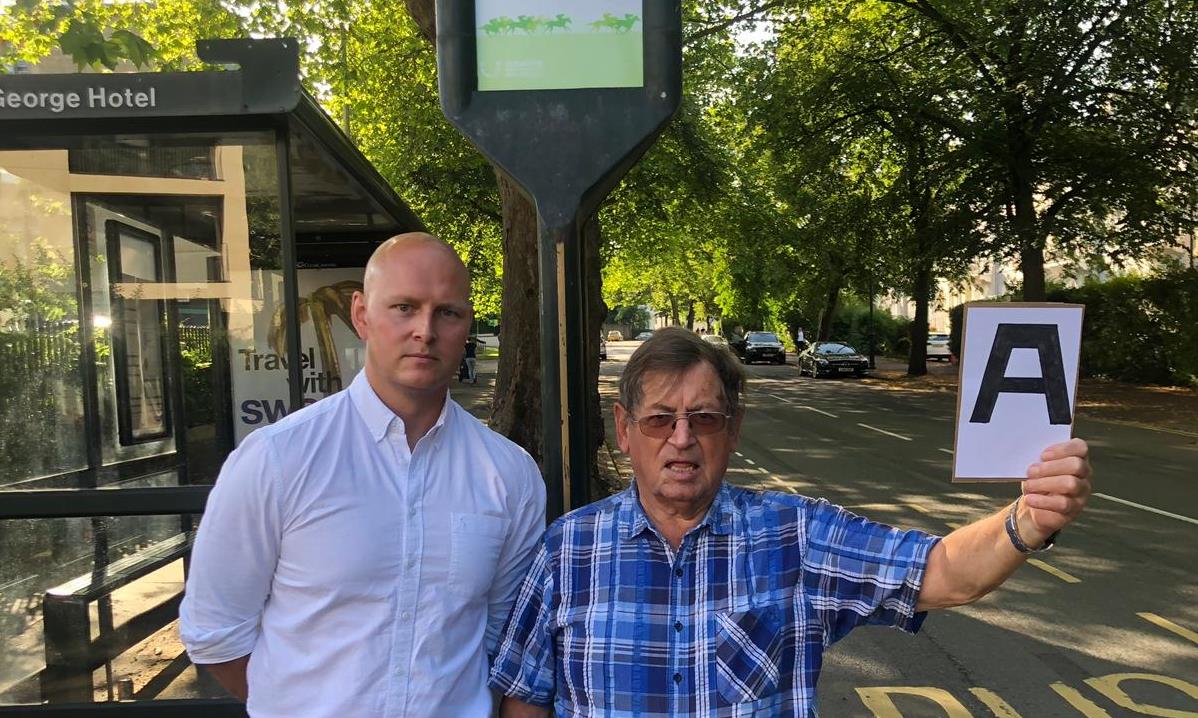 After raising his concerns with Max, Mr Hopkins, 77, was introduced to Stagecoach bosses who are now considering a roll-out of signs and training their drivers to recognise them.

Max said: “Graham got in touch with me to raise his concerns and I think it is great news that Stagecoach has listened.

“These signs are a simple, low-cost innovation and they will help so many people. A lot of older people and others with sight problems will really struggle if they are not able to access the right bus services at the right time.

“So I would like to thank Stagecoach West managing director Rupert Cox and his colleagues for recognising the importance of these signs.”

Mr Hopkins regularly rides buses from his home in Up Hatherley into Cheltenham town centre but has found it increasingly difficult to make out the numbers on buses due to the progression of his AMD.

The condition, which affects central vision causing it to become blurry or distorted, is the biggest cause of sight loss in the UK, affecting over 600,000 people.

Mr Hopkins said: “I’ve had macular degeneration for some time now and I’m finding it increasingly difficult to see people’s faces and also the numbers on buses.

“Often I see the bus I want pass me because I haven’t hailed it in time. Or I stop the wrong bus, to the annoyance of the bus driver.

“So I’m proposing Stagecoach and other local bus companies supply visually-impaired passengers with cards bearing the service number or letter they require.

“We could then hold up these cards to drivers to indicate which service we need.”

After discussing the plans with Mr Hopkins, Stagecoach West bosses have agreed to carry out a trial of the system, subject to directorial approval.